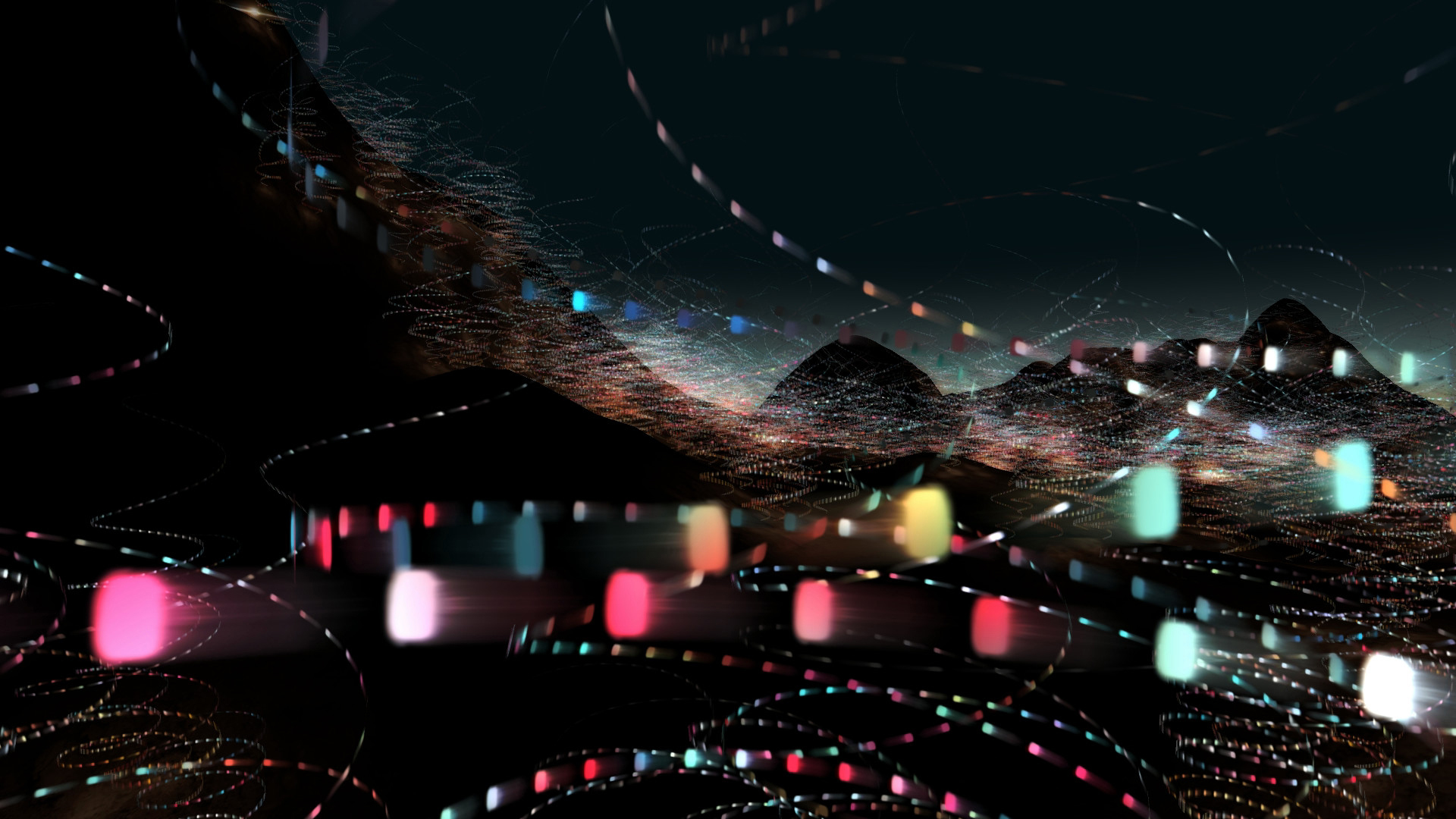 boredomresearch’s work is informed by principles of scientific modelling, inspired by the mechanisms and behaviours of natural systems. Central to their work is the aesthetic expression of intriguing patterns, motions and forms, expressed in real-time over extended durations, using technologies usually associated with computer games.

In boredomresearch’s film AfterGlow (Susceptible, Exposed, Infected, Recovered), an Animate Projects commission funded by the Wellcome Trust, boredomresearch collaborated with Dr Paddy Brock, a mathematical modeler at the Institute of Biodiversity Animal Health and Comparative Medicine, University of Glasgow, to explore the bounds of current epidemiological practice. This project forms a new expression of a malaria infection transmission scenario, placing the audience in the perspective of the mosquitoes.

Locked in perpetual twilight – prime mosquito blood-feeding time – boredomresearch’s film presents a terrain progressively illuminated by glowing trails, evocative of mosquito flight paths. These spiralling forms represent packets of blood, carried by mosquitoes infected with Plasmodium knowlesi, a malaria parasite recently found to jump the species barrier from monkey to human. The infection left in the wake of wandering macaques as they search the island for food reveals the intimate relationship between disease and its environment. In this film we see how the island’s empty dark mountains are quickly engulfed with glowing forms, as we journey through the different stages of infection, starting with delicately spiralling cells of colour that form clusters, then become turbulent when infectious. Where the infection is most dense, we see a blizzard of disease, vividly expressing the complexity of this dangerous scenario.

This film was created from screen capture taken from boredomresearch’s real-time software of an infection scenario running in a game engine; the artists edited the captured footage to show the accumulation of the scenario over time.

boredomresearch is a collaboration between British artists Vicky Isley and Paul Smith. Fascinated by the mechanics of the natural world they use computational technology to simulate natural patterns, behaviours and intricate forms that gradually change over time. Based at the National Centre for Computer Animation, Bournemouth University, their work benefits from a fine blend of art and science – allowing them to achieve projects underpinned by a deep appreciation of the creative possibilities of technology.