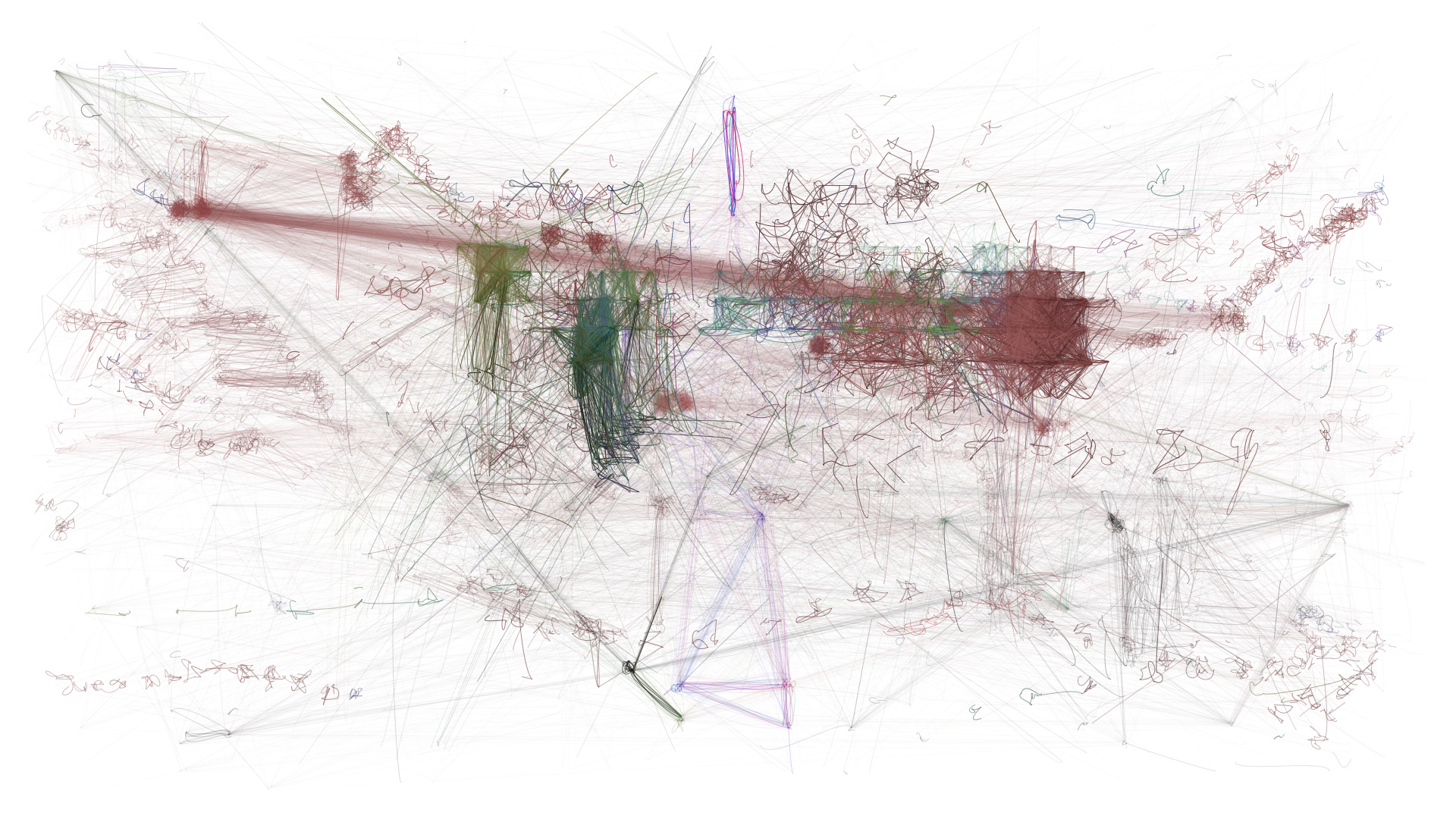 The heart of digital technologies is software, a human-designed structure for computation that gives these technologies agency and enables them to interact with others. I focus on the cultural, social, and political effects of software. What does it mean for human creativity when a computational system can paint its own artworks? How is an interface that foregrounds our friend count changing our conceptions of friendship? Why do we become emotionally attached to software systems and what does this attachment enable for those who made them? To examine questions like these, I construct interactive experiences, machines, and systems that make the familiar unfamiliar, revealing the ways that software prescribes our behavior and thus, how it changes who we are.

Computers Watching Movies shows what a computational system sees when it watches the same films that we do. The work illustrates this vision as a series of temporal sketches, where the sketching process is presented in synchronized time with the audio from the original clip. Viewers are provoked to ask how computer vision differs from their own human vision, and what that difference reveals about our culturally-developed ways of looking. Why do we watch what we watch when we watch it? Will a system without our sense of narrative or historical patterns of vision watch the same things? In this way, the work seeks to reveal the hidden ways that culture is automating human vision.

Artist Benjamin Grosser focuses on the cultural, social, and political implications of software. Recent exhibition venues include Eyebeam in New York, The White Building in London, and Museum Ludwig in Cologne. His works have been featured in Wired, The Atlantic, The Guardian, Al Jazeera, and Der Spiegel. The Chicago Tribune called him the “unrivaled king of ominous gibberish.” Slate referred to his work as “creative civil disobedience in the digital age.” Grosser’s recognitions include First Prize in VIDA 16, the Expanded Media Award for Network Culture from Stuttgarter Filmwinter, and a Rhizome commission. He is an assistant professor at the University of Illinois (Urbana-Champaign) and a faculty affiliate at the National Center for Supercomputing Applications. Prior to his current appointments, he earned an MFA in new media and an MM in music composition (both from Illinois), and was director of the Imaging Technology Group at the Beckman Institute.