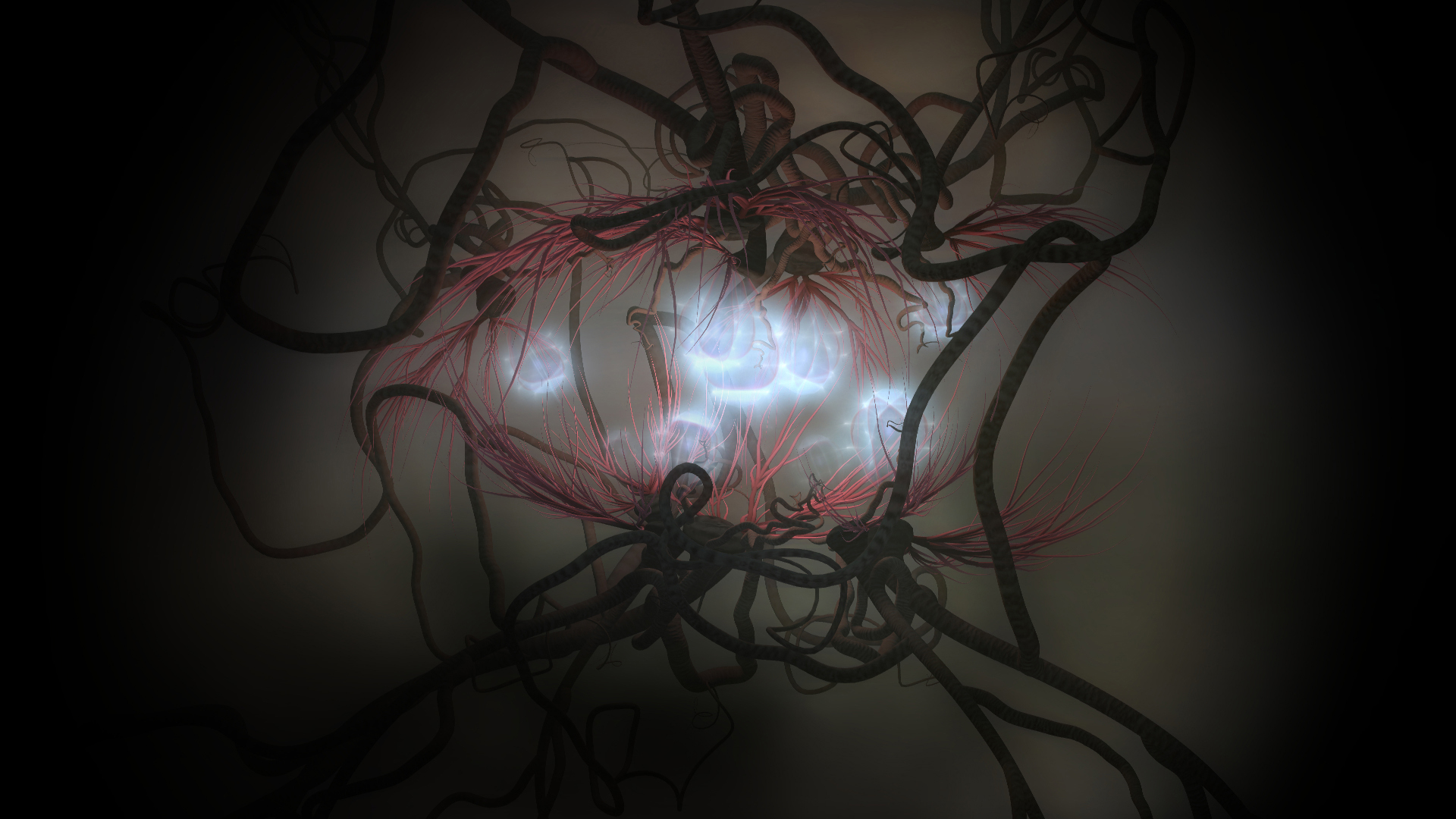 boredomresearch’s work is informed by principles of scientific modeling, inspired by the mechanisms and behaviors of natural systems. Central to their work is the aesthetic expression of intriguing patterns, motions and forms, expressed in real-time over extended durations, using technologies usually associated with computer games.

In Dreams of Mice: Ron, 19 October 2014 at 2:48am boredomresearch investigate the ethereal space of dreams, considering the increased control, management and disruption of sleep behavior in humans. Collaborating with Dr Vladyslav Vyazovskiy, a neuroscientist from the Sleep and Circadian Neuroscience Institute at the University of Oxford, capturing and recording the dreams of laboratory mice, boredomresearch reveal the intriguing invisible beauty of slumber in this real-time artwork driven by the firing neurons of dreaming mice. The impulses of a recorded dream provide the input signal for a visual and acoustic expression of dream activity, evocative both of firing neurons and a subterranean sleeping chamber in which we view the intimate and private fluttering of slumber.

Exploring a changed understanding of sleep in a contemporary world of instant messaging and 24/7 connectivity, where we are encouraged to remain permanently available, boredomresearch question the importance of the non productive third of our lives we spend asleep. When we go to sleep we disconnect from our social networks and perpetual status updates, entering the last remaining sanctuary from the demands of a permanently networked society. But is the space of dreams at risk from the relentless encroachment of connective technologies?

This film was created from screen capture taken from boredomresearch’s real-time software of an infection scenario running in a game engine; the artists edited the captured footage to show the accumulation of the scenario over time.

boredomresearch is a collaboration between British artists Vicky Isley and Paul Smith. Fascinated by the mechanics of the natural world they use computational technology to simulate natural patterns, behaviours and intricate forms that gradually change over time. Based at the National Centre for Computer Animation, Bournemouth University, their work benefits from a fine blend of art and science – allowing them to achieve projects underpinned by a deep appreciation of the creative possibilities of technology.