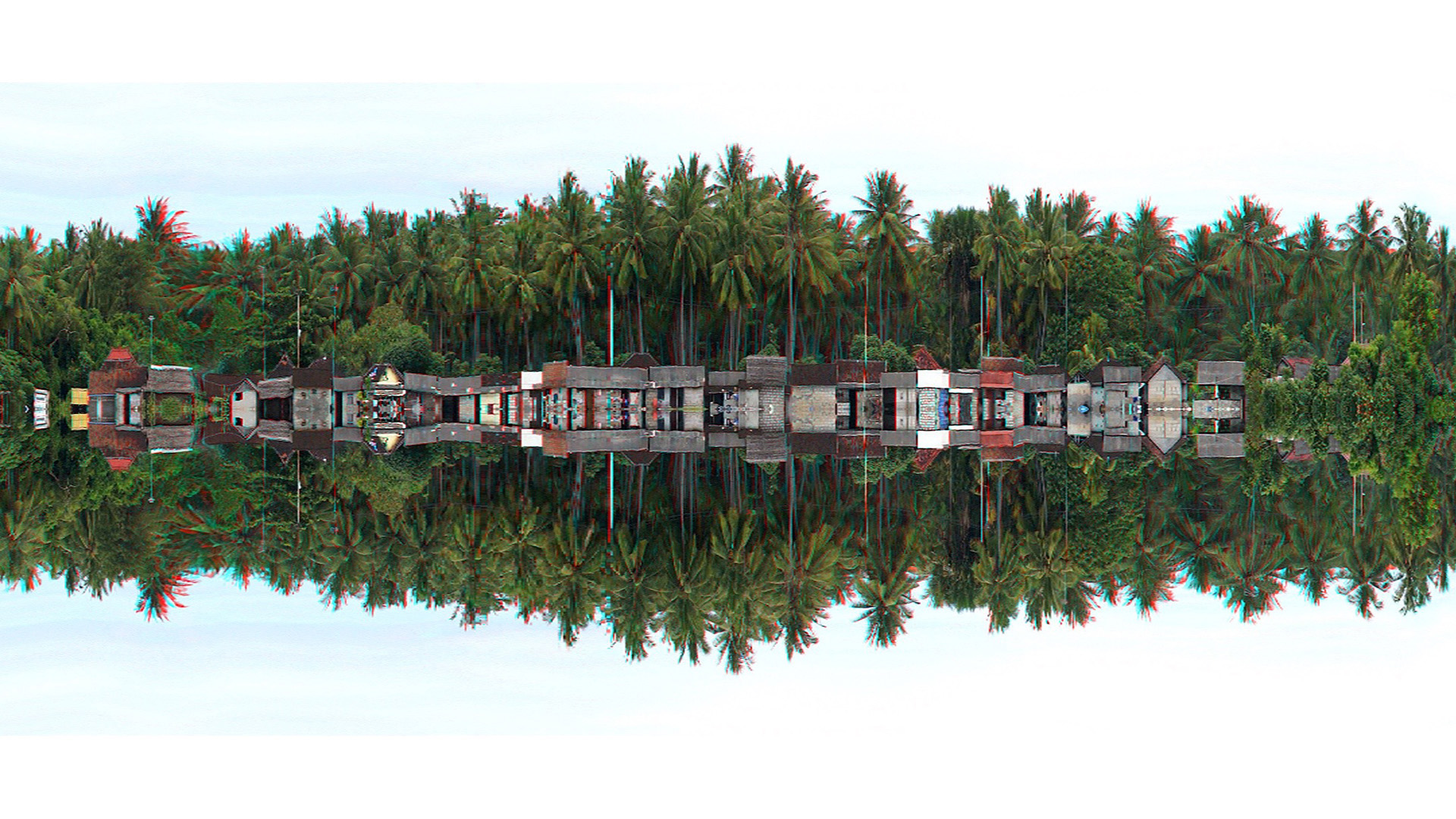 In the weird and wonderful world of quantum mechanics, dimensional transmutation describes a phenomena which changes the state of a parameter by adding dimensions to its dimensionless condition. This experimental film applies this principle to visualize the complex interactions between atmosphere and climate. It utilizes a six-dimensional framework, comprised of regular space-time augmented with climate data collected between 1993 and 2011.

The film begins ‘flat’, but over time, with increasing co2 concentration in the atmosphere, its stereoscopic depth expands, and the landscape opens up to the observer, while temperature and sea-level changes modify color and shape.

Volker Kuchelmeister is a media artist, researcher, and digital media specialist. He is an expert in place representation; and he has worked extensively with cinematography, interactive systems, immersive visualization, and mediation in the performing arts while exploring and exploding the boundaries of the cinematic image. He has founded and directed three leading media-art research labs (ZKM Centre for Art and Media Karlsruhe Germany Multimedia Studio, UNSW iCinema Centre Media Lab and the UNSW National Institute for Experimental Art 3D Immersion Lab) and his video installation and experimental video projects are exhibited in museums, galleries and festivals around the world.