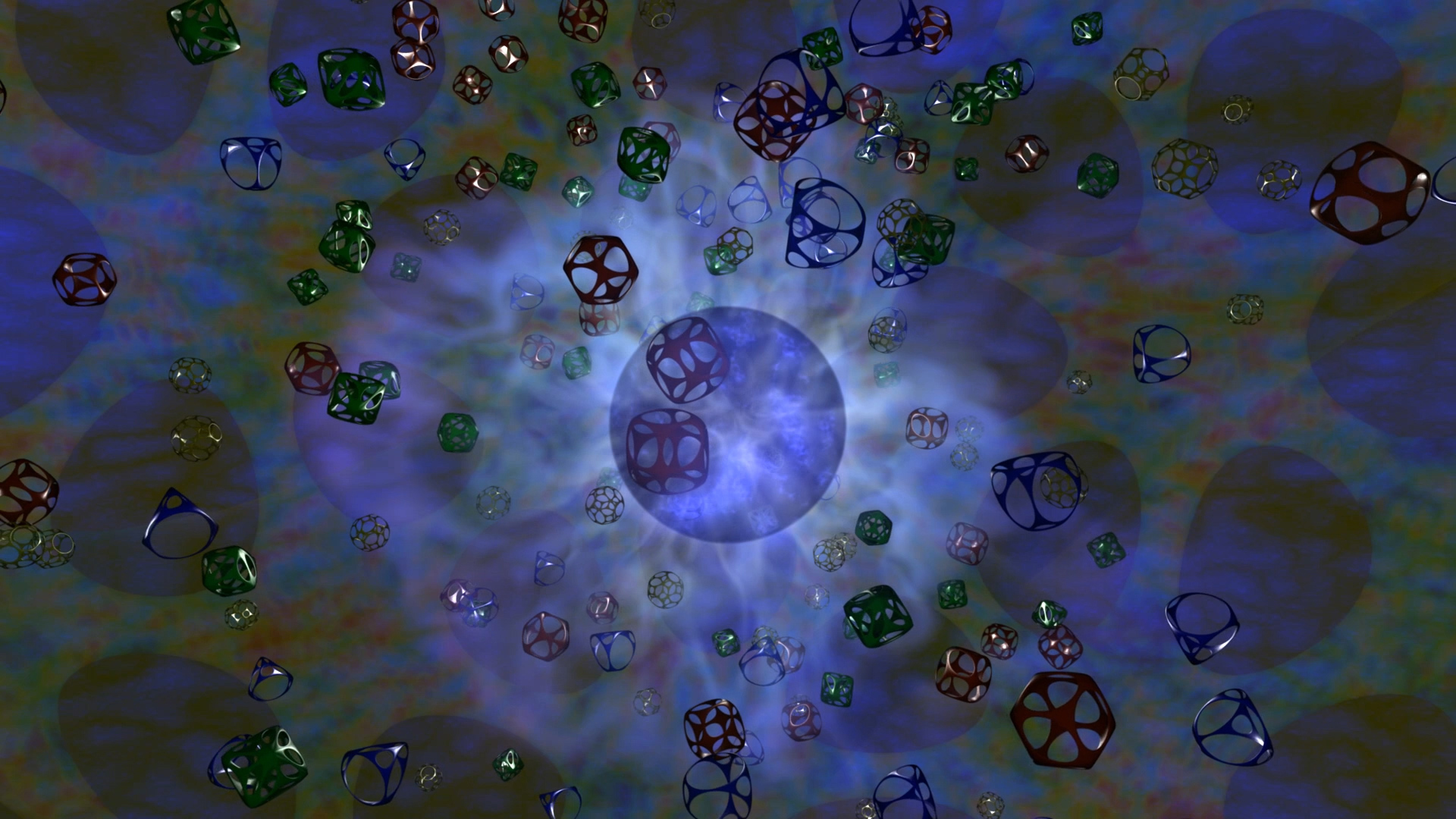 Fractals, Particles, Photons, & Microwaves is a single-channel 3D animation evoking the language of physics, mathematics, and quantum mechanics. Procedurally animated, the piece conveys concepts found in ‘The Little Book of String Theory’ by Steven S. Gubser. The flow of particles represent electrons & positrons (E) and photons (Y). Particles are animated visualizing what happens when an electron splits into anti-electrons during a cascade event (an electromagnetic particle shower).

In quantum mechanical theory, a particle shower is a predictable event and suggests that an electron all by itself may have infinite charge and infinite mass, but once split, its charge and mass becomes finite. A common example of particle showers would be when cosmic rays hit earth’s atmosphere. There is a commonality between the behavior of structures in the subatomic & cosmic scales – the unseen behavior of particles follows the mathematical pattern of recursion, and is metaphorically related to the fractal structure of cosmic background radiation.

He is currently assistant professor in the Digital Arts & Sciences Department at Clarkson University located in Potsdam, NY – where he divides his time between Potsdam, NY and Montreal, QC.